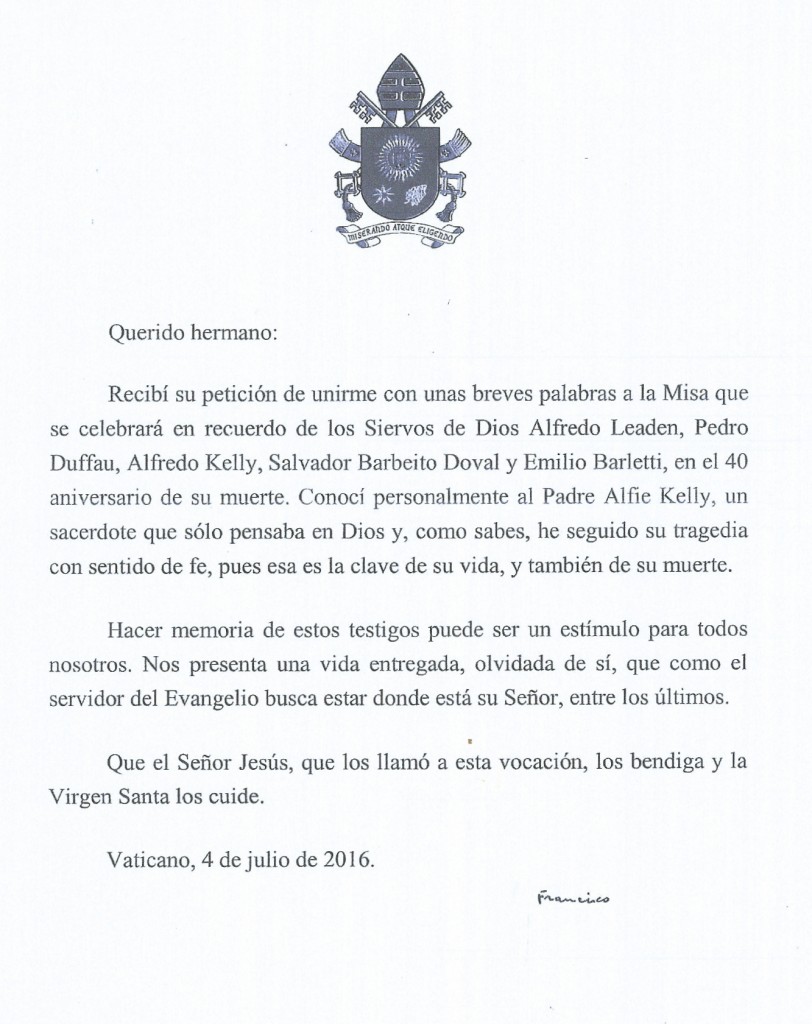 I received your petition to unite myself with a few brief words for the Mass that will be celebrated in memory of the Servants of God Alfredo Leaden, Pedro Duffau, Alfredo Kelly, Salvador Barbeito Doval and Emilio Barletti, on the 40th anniversary of their death. I knew Fr. Alfie Kelly personally, a priest who thought only of God and, as you know, I followed his tragedy with a sense of faith, as this is the key to his life, and also to his death.

Remembering these witnesses can be a stimulus for all of us. They present us with a surrendered life, without thought for themselves, that as the servant of the Gospel seeks to be where the Lord is, among the last.

May the Lord Jesus, who called them to this vocation, bless them and the Holy Virgin care for them.
Vatican, 4th July 2016.
Francis