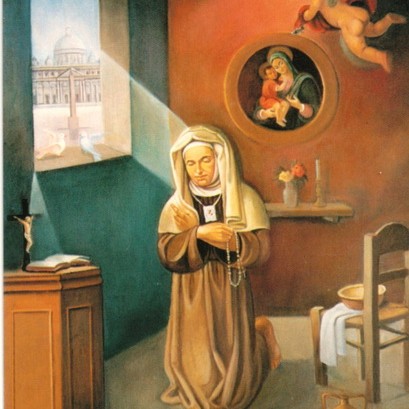 The beatification of Venerable Elisabetta Sanna is approaching. On 21st January 2016, Pope Francis received His Eminence Cardinal Angelo Amato SDB, the Prefect of the Congregation for the Causes of Saints, in audience. During the audience, the Holy Father authorized the Congregation to promulgate the decree concerning the miracle attributed to the intercession of the Venerable Servant of God, Elisabetta Sanna, member of the Union of Catholic Apostolate. The instantaneous, complete and lasting healing of a Brazilian girl in 2008 was recognised as a miracle.

On 22nd January, the Feast of St. Vincent Pallotti, the Holy Father’s decision was officially published. The beatification will take place on Sept. 17, 2016 in Sardinia, probably in the Elisabetta’s home parish, in the Basilica of the Holy Trinity of Saccargia, built in the twelfth century.

As we thank the Lord for the forthcoming beatification, we humbly ask him to make us open to receive the graces which he wants to bestow upon us through this occasion.