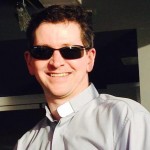 The ‘imitation of Christ’ was for Vincent Pallotti, his great desire and passion. He spoke of being transformed into the life of Jesus; to become another Christ. Being created in the image of God, he understood that his goal (indeed the goal of all baptized Christians), was to grow in the likeness of Christ, so as to be effective for apostolate. Now as Pallottines (as members of the Union of Catholic apostolate), our only rule is the life of Jesus Christ and the imitation of him.

We know that in his prayer, Pallotti reflected on both the hidden and public life of Jesus, placing before him the entire life Christ which even included aspects of his life not recorded in the Gospels. He recognized that also in his hidden life, Jesus could be imitated.

Pallotti in his writings has handed down to us, what’s known as the “Compendium, or Thirty-three Points”. This booklet contains a short summary of ascetical principles that embody the essence of our ascetical-apostolate attitude as Pallottines. Some of the rules in particular, have become a real attraction for me.

One of them is in rule number eight. Here Pallotti states that: “Our Lord Jesus Christ entered the world as a little child”, and that “Out of love for Him, we must form in ourselves a spiritual childhood, always living like children in the hands of our superiors and spiritual directors.” He emphasizes the necessity to practice all the virtues of spiritual childhood, such as “Candor, purity, kindness, modesty, the simplicity of a dove united with the prudence of a serpent.”

Rule number nine looks at the setting for the birth of the Divine Saviour in the “seclusion in a grotto at Bethlehem”. Here emphasis is placed on the need to imitate the Lord in his “littleness” and “in the love and practice of holy solitude, prayer, and holy silence”.

Reflecting on the above virtues often reminds me of another saint friend of mine, St. Therese, ‘The Little Flower’. Quite similar to Pallotti, this young girl from Carmel saw the value and importance of this Gospel child spirituality. Her ‘little way’ was one of confidence and trust, for just as a child receives everything from its parent, so too was her attitude to her heavenly Father.

Listen to what she says: “What pleases God is to see me love my littleness and poverty; the blind hope I have in his mercy.” Writing to her sister, Therese encourages her to have the same confidence as herself. I believe St. Vincent and St. Therese hold great treasures for us in the spiritual life, and I also believe that such treasures can also be ours.

Gospel childhood! This is what we are called to imitate. So let us fix our eyes on Jesus, to strive to imitate him in his humility his simplicity and his littleness; that we may become what we contemplate. Yes, to become small, to expect everything from God as a child of its parent. This was the way of our saints, and it can also be our way. It is a way to freedom, to joy and peace of the children of God.