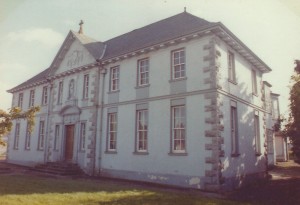 To the Mayor, Members, Manager and Town Clark I would like to express the gratitude of the Pallottine Community for the honour you have shown us in holding this reception. We are happy that we are being honoured in the same year as The Tipperary Star and Thurles Golf Club. The Tipperary Star has always been generous in publicising our efforts and in these times we are grateful for the support of Michael Dundon and other members of the staff.

The Pallottine family had its beginnings in Rome in 1835 when St. Vincent Pallotti received the inspiration that every baptized person is called to participate in the mission of Christ and the Church. That mission, at its most basic, is the spreading of faith and charity throughout the world, each person using the gifts and circumstances of life given by God. It is a mission that is best achieved by collaboration rather than by individual efforts.

It is a mission that brought the Pallottines to Thurles on March 23rd 1909. Mons. James Ryan, who was President of St. Patrick’s College at the time, was friendly with some Pallottines in Rome and London and it was through him that we came here, having received the permission of Archbishop Thomas Fennelly.

As well as playing a key role in our coming to Thurles, Mons Ryan was also a very generous benefactor. On his death he bequeathed to the Pallottines his house (named the Hermitage) and some land. This became the Pallottine Novitiate from 1943 until 1971.

The People of Thurles

From our first building at the corner of Kickham St and College Lane to our present College, a very special part of Pallottine history has, and is being lived out.  The people of Thurles and of the Archdiocese have been very generous in terms of personal effort and financial support for the work of the Pallottines. Without this generosity the mission of the Pallottines would not have been possible. We would not be where we are now; what has been achieved would not have been possible without the faith and dedication we have encountered here over the years.

Of crucial importance is the fact that the people of Thurles did not just help fund the Pallottine mission but they took us into their hearts and helped us create a true home, a home that is the heart of the Irish Province of the Mother of Divine Love. Heart and home and Divine Love are essential characteristics of our way of life.

Out from this Thurles home about 170 Pallottines were sent to different parts of the world – England, the United States, Rome, Argentina and East Africa. Central to the sending out of those men was the education we received in St. Patrick’s College where our future priests studied from 1909 until 1986. John Boyle from Cassestown, Thurles was the first Pallottine ordained in Thurles. In our present time we are also truly blessed to have another Thurles man, Donal McCarthy, as member of our Province.

We would like to express our sincere gratitude to everyone in St. Patrick’s College – Professors, Sisters, Staff and Students – who have enriched our lives in so many ways. While the College no longer has clerical students, St. Vincent Pallotti would be very pleased to see the collaboration now taking place between the College and the Tipperary Institute.

In recognizing the role of St. Patrick’s College I would also like to express our appreciation for the priests of the Archdiocese who have befriended and supported us down through the years.

The CBS was also an import part of the education of Pallottines in Thurles. For many years we had a juniorate which, at its peak, had 60 secondary students attending the CBS. The more skilful students played on the different CBS teams and brought honour to themselves and the school. One of the students who attended CBS is the present Bishop of Ossory, Seamus Freeman.

The other Religious Communities have always been very kind and welcoming towards us. Their feminine, motherly influence on our lives has been an important aspect of our Thurles experience.

Historically we have been a Missionary Province with the vast majority of our members going abroad until the early 1980’s when we began to see the Pallottines having a ministry within Ireland. In Dublin we were given the pastoral care of the parish of Corduff and later we were also given the pastoral care of Shankill. Both of these experiences have greatly enriched our life as a Province.

The decision to move our House of Formation to Dublin changed the nature of the Pallottine College here in Thurles. It always has been and remains the Centre for our Mission Promotion, the Director now being a man of Africa, Fr. Matthew Sanka.

The College also became the official retirement house for the Province and, as such has been home to many of our great priests and brothers.

It is important on an occasion like this to pay tribute to the Pallottine Sisters who cared for our Thurles community from the early 1960’s until 1997. The last Sister to serve in Thurles was Sr. Juliana who spent 25 years in Thurles and was well known to many in the town. Since 1986 the College has been a centre and a base for retreats, spiritual renewal, and healing.

The present community of eight is made up of Fr. Phil Barry as Rector, who has a great instinct for everything and everyone local. Fr. Pat Dwyer, former Rector and former Provincial, has been giving retreats for many years. Fr. Roger Rafter, who manages the farm in Cabra, is well known in Thurles and very much part of its life. Fr. John Bergin is the Guest Master who has been here for many years. Frs. Emmet O’Hara, Matthew Sanka and John Egan are the young blood of the community – they are all 37 years of age. Emmet and John are giving retreats, with special emphasis on young people. Fr. Aidan Maguire, who retired from the USA a few years ago, is in St. Theresa’s Nursing Home.

It has been a year of celebration in different parts of the Irish Province, each celebration being simple in keeping with our times and our spirit. The most important for us was the celebration in the Cathedral of the Assumption on May 3rd and we are very grateful to Archbishop Dermot Clifford for facilitating us and leading us on the day. We thank sincerely Fr. Martin Hayes and all the team at the Cathedral for going out of their way to make the day special.

Phil Barry, being a committed Pallottine and a dedicated GAA man searched diligently for a date on which there would be no match to clash with our event. May 3rd was free but, as you know, it did not remain free and the Pallottines and the GAA were in action on the same day. Some of us worried that the match might take away our crowd and others of us worried that they would not get to see any of the match. There was almost an “unholy” dash from the sacristy after Mass.

We can never express enough gratitude for all our Associates, lay members of the Union of Catholic Apostolate, our benefactors and the College staff.

The most important people in the eyes of God are those who live faithful, hidden, seemingly insignificant lives. For us Pallottines the “ordinary” person is the one who most reveals the face and the generosity of Christ in our midst and I pray that our society and our Christian community may have the wisdom, the vision, to find Christ in the least, most unexpected places.

Thank you Mayor and all of you for your service on behalf of all the people of Thurles. 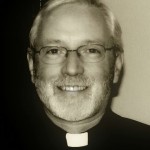