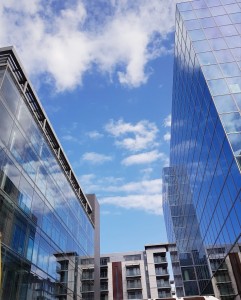 There are several kinds of dialogue, but I will only consider two, which I believe are the basis for the others.

Dialogue: is the most demanding. It is a necessary process for the human being to grow in consistency. It is in this inner dialogue that the world of the conscious and unconscious relationships between the human and the divine manifests itself.

External dialogue: is with all that is added to our existence from outside of ourselves, stirring up desires that are not always necessary for our existence, but both are pertinent to each other; since the interaction between the two favours the solid construction of the identity of the person and the world in which one lives.

For our Pallottine family, such dialogue is, or at least should be, informed by a particular kind of prior experience, because Pallotti’s pedagogy brings us back to the Cenacle where one learns and is enabled for the universal apostolate. The lack of such a profound personal experience of the Cenacle and of its transforming power limits us as persons, with a corresponding limit in our apostolate.

“Dialogue, a path that leads us to ourselves, to God and the other.”

In the episode of Pentecost, everyone understood what the apostles were saying (Acts 2: 8), all understood the message of salvation despite being people of different languages and cultures. That dialogue generated the communion between people and their cultures.

Today’s culture continually influences us to increasingly become simply consumers of things and ideas. Even the simple advertisement of a chocolate bar has the power to stir up this question in me: is this necessary for me right now? So it is in relation to many other things, which are unnecessary for our happiness. For many, having is more important than being.

The external dialogue produced by the greed of few has caused the lack, the poverty, the absence of a profound inner sense of the human heart. Therefore, there is more interest in knowing the other, what is different, because the richness of the inner self is not known (you will know the truth, and the truth will set you free, Jn 8:32).

Those who have been given a space for dialogue from an early age, will have no difficulty in experiencing and manifesting to the external world the consistency of their inner world.

“Dialogue, a path that leads us to ourselves, to God and the other.”

In all peoples, the family is central in the formation of the person, with the richness and the imperfections of each member. The dialogue between the members includes that between the older and younger generations, thus enabling the transmission of an enduring identity with the proper characteristics of the particular cultural and social group.

The cultures which were evangelized by Christians soon found in the Christian-apostolic tradition an understanding of the saving event through the words of Christ after his death. Faithful to the command of Jesus, the apostles carried the message of salvation to all peoples, through dialogue, accompanied by signs of the effects of the evangelical proclamation in the hearts of the hearers of the Word.. (Go into the whole world and preach the gospel to all nations; Mt 28:19, Mk 16:15).

Modern life has made it much more difficult for people to truly encounter themselves, the other and God. There are many conversations, much knowledge of the outside world, but there is also so much emptiness inside people. We are almost constrained to be experts in the knowledge of things. As far as human beings themselves are concerned, however, we seem to be increasingly unaware of the power of our nature. Encounters with others often serve to reveal the inconsistency of the human being.

Jesus’ dialogue with the disciples on the road to Emmaus is a wonderful model of encounter in dialogue leading to new life. He began by asking them a simple question regarding what they were speaking about, giving them the space to express all that burdened their hearts so deeply in their current situation. Only after listening deeply to the depths of their pain and anguish did he speak to them a life-giving and life-changing word, a word that had the power to cut through their despair and challenge them to look at their situation and their lives with new eyes open to the hope that the Gospel gives. It was only later, after the Lord had opened their eyes fully to who he was, that they recognised the mysterious power of their dialogue with him on the road and the mysterious effect it had been having within them: “Were not our hearts burning within us while he was talking to us on the road, while he was opening the scriptures to us?” (Lk 24:32). It was by learning to listen again with new ears, by seeing again with new eyes, that their hearts were transformed, that they were confirmed again as disciples of the One who had laid down his life for them, and that they were able to became bearers of the reality of his Risen life and presence to others.

“Dialogue, a path that leads us to ourselves, to God and to the other.”

Dialogue with authorities has often proved fruitless and not conducive to communion, with little compatibility of thought. It seems that we have men and women who are infantile in their relationships. The crisis of the human being came about through the crisis of authority; we have many authoritarians, and few true authorities. Authoritarianism involves an absence of affective presence, because it is through affection that we acquire that adult maturity which is able to welcome the other without losing one´s own identity.

In my opinion, in all our Pallottine apostolate we urgently need to learn to perceive, explain and integrate into our praxis the verbs: to feel, to hear and to see, because these verbs are responsible for authentic and consistent dialogue between people. Awareness of feeling is the basis of inner dialogue. What we hear is the basis of listening, of knowing how to open ourselves to other values. What we see forms the basis of our overall vision about the totality that manifests itself in our existence and in the world in which we live.

Dialogue as an instrument for liberation has a principle that we use in our therapeutic community of Mother of Divine Love, in the recovery of chemically-dependent young men who reside in our house; “The diseases that affect the soul enter by the feelings, by what we hear and by what we see. The disease leaves through the mouth, that is, if you do not say what you feel, there is no recovery”.

The ten years of the existence of this charitable apostolate to people who have chemical and/or emotional dependencies have shown us that the more one speaks of what one feels, the more quickly one gains or regains health of soul. The whole therapeutic process is based on love.

Love Heals: detoxification of the body

Love saves: perseverance, those who persevere will be saved from the trafficker, from death, from judgment, from crime, guilt, rejection, etc.

Love liberates: to know one’s inner world, to realise what has led them to the prison of unhealthy affections and drugs.

Love reconciles: with oneself, with God and with others, that is, makes reparation for what one did in a dishonest way.

Living with these brothers, we identify that there are innumerable causes that led them to such suffering, but the main cause was the lack of that dialogue which makes people feel at one with others. Such lack of communication through affective dialogue particularly with those in authority in their lives, with their primary caregivers, has left them fragile, falling into the trap of chemical and affective dependency.

“Dialogue, a path that leads us to ourselves, to God and to the other.”

Thus, the charism of our Holy founder Saint Vincent Pallotti remains a light for the men and women of today, as it was for the people of his time. This inheritance belongs to all Pallottines (Fathers, Brothers, Sisters and Laity).

In Amoris Laetitia, the Holy Father Pope Francis says: those who love are capable of speaking words of comfort, strength, consolation and encouragement. These were the words that Jesus Christ himself said: “Take heart, my son!” (Mt 9:2). “Go in peace” (Lk 7:50). Do not be afraid! (Mt 14:27). (Amoris Laetitia, N° 100).

All of these words should be shared in our families and communities, where the weak becomes strong, the fearful takes courage, the sinner attains holiness.

In short: Dialogue is a door that brings us to the knowledge of the human and divine mystery.

What kind of dependency do we have that prevents us from being the image and likeness of God’s love to ourselves and to others?