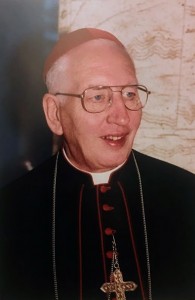 The Basilica of San Silvestro in Capite, Rome was entrusted to our Society of the Catholic Apostolate by Pope Leo XIII in 1885 and our Pallottine priests and brothers have served here since 1887. It was during a General Chapter held at San Silvestro in 1909 that the Society was divided into Provinces, including the Irish Province. This Church dates back to 761 when Paul 1 was Pope. Titular Cardinals have been appointed to the Basilica since 1517. The late Cardinal Basil Hume former Archbishop of Westminster, London was Cardinal Priest of San Silvestro from 1976 until his death in 1999. In 2001 Pope John Paul 11 appointed Archbishop Desmond Connell as Cardinal with the title of Cardinal Priest of San Silvestro. In taking possession of his Titular Church a Cardinal celebrates a profoundly symbolic act that expresses his special communion with the Pope as the Bishop of Rome.

During his homily at the Mass on the occasion of his taking possession of San Silvestro he stated: “The centuries – long presence here of a Poor Clare community has particular significance for me because the first appointment I received as a young priest was a Chaplaincy with the Poor Clare community in Donnybrook”. We were privileged as the Pallottine community of San Silvestro to have had the late Cardinal as our Titular Cardinal. He was absolutely delighted to be assigned San Silvestro since we Pallottines were ministering in two Parishes in the Archdiocese of Dublin, namely St. Patrick’s Corduff in Blanchardstown and St. Anne’s in Shankill.  He paid many visits to San Silvestro over the past 16 years. He took a great interest in the Church and its long history and shortly after his appointment as Cardinal he commissioned a history of the Church to be written and entrusted the project to Dr. Eileen Kane, the distinguished historian of art, who published the first edition in 2005. Dr. Kane had the opportunity of presenting the second edition in person to the Cardinal in February of last year.  It was appropriate that Dr. Eileen led the prayers of intercession at his funeral Mass in the Pro Cathedral on February 25th.

He loved meeting the immigrant communities from the Philippines, Sri Lanka and other countries who frequent San Silvestro …the Link Community as they are called. He loved their music and song and they loved him and made him feel very welcome and at home among them.

His last visit to Rome was for the canonization of Pope John XXII and Pope John Paul 11 three years ago. We shared a meal with him at that time. He wrote to me on his return to Ireland to say that he would not be able to visit Rome again due to his declining health. On March 24th of last year, we phoned him on his 90thBirthday and sang ‘Happy Birthday to you’ over the phone. He appreciated this very much. He never failed to call us each year on 31st. December, the Feast of St. Sylvester to wish us a joyful celebration and to assure us of his closeness to us and his love for San Silvestro.

I posted a card and letter to him on the day he died which was the Anniversary of his nomination as Titular Cardinal, 22nd. February. His motto was ‘Secundum Verbum Tuum’ – according to your Word. He was always faithful to that Word and to the Eucharist in the humble, sincere and compassionate way in which he lived his priestly life. My predecessor as Rector, Fr. Denis O’Brien, who was Rector when Archbishop Connell was nominated Cardinal, on learning of his death wrote: ‘It was a great privilege to have known him’.

We will celebrate the Month’s Mind Mass here at San Silvestro on Wednesday 22nd. March at 7 p.m. 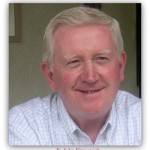