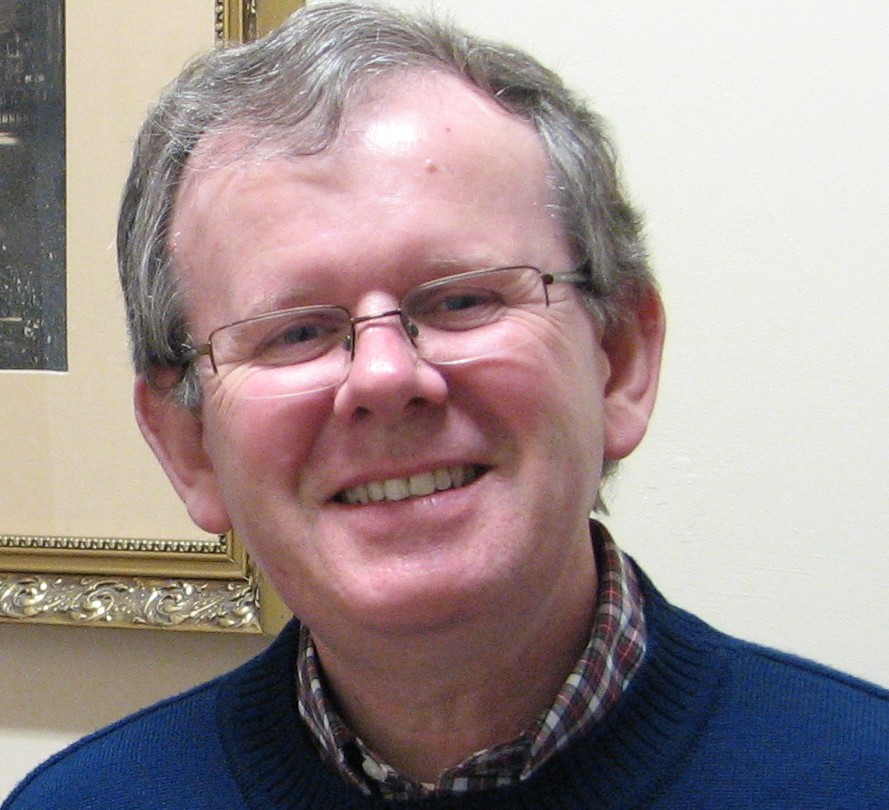 That I may come to know Jesus and the power of his resurrection, and partake of his sufferings by being moulded to the pattern of his death, striving towards the goal of resurrection from the dead. (Philippians 3:10-11) https://pallottines.ie/father-michael-cremin-sac-r-i-p 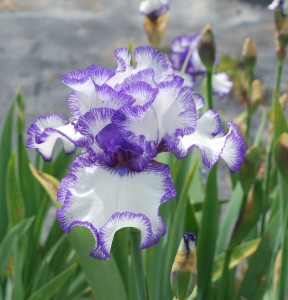 Yes, God loved the world so much that he gave his only Son, so that everyone who believes in him may not be lost but may have eternal life. (John 3) 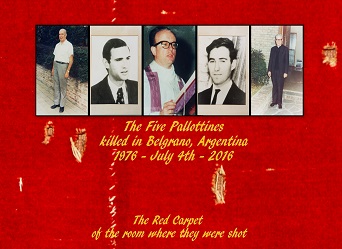 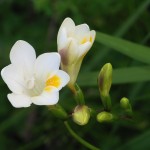 O Lord, how precious is your love. The sons of men find refuge in the shelter of your wings. In you is the source of life and in your light we see light. (Psalm 36) 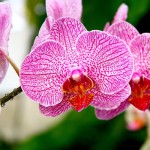 You will live in the Son and in the Father; and what is promised to you by his own promise is eternal life.

Rev. Terence Clancy 1919-2001 Blessed be the God and Father of our Lord Jesus Christ, a gentle Father and the God of all consolation, who comforts us in all our sorrows, so that we can offer others, in their sorrows, END_OF_DOCUMENT_TOKEN_TO_BE_REPLACED 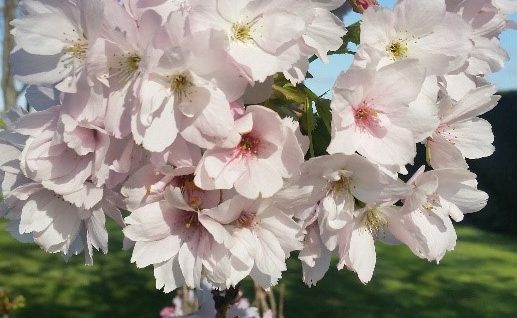 Easter 2020 “Easter exists always in the Resurrection and in peace, it is the promise of love which helps us pass this difficult road, this comforts us and give us strength.” Pope Francis April 2020. We have lived a very END_OF_DOCUMENT_TOKEN_TO_BE_REPLACED 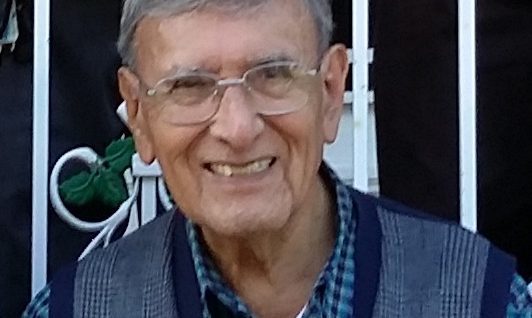 He who sent me is with me and has not left me to myself, for I always do what pleases Him. (John 8) The funeral arrangements for Father Connie have been finalized.Thursday 11th April, Rosary at Broadway Funeral Home, Lubbock, END_OF_DOCUMENT_TOKEN_TO_BE_REPLACED

The Lord fills the earth with his love (Psalm 33)

Vivian spent all his 40 years as a priest working in the Argentine.

He is lying in repose at San Patricio, Belgrano, this evening. There will be concelebrated funeral Mass in San Patricio, tomorrow Friday at 10am, his remains will be transferred to San Patricio, Mercedes, for a funeral service in the church and this will be followed by burial in the community plot in the local cemetery in Mercedes.

Vivian is survived by his mother Patricia, his brother Declan, his sisters Odette, Finvolla and Antonette, and by his extended family.

May he rest in peace.

Please keep his mother, family and many loyal friends in the Argentine in your prayers and masses in the coming days.

Sadness in the Pallottine Community at the death of a priest.

Fr. Vivian Ferran, SAC, died on 31st of August in the city of Buenos Aires, having gone through a long illness. As a priest he worked in Argentina for 40 years.

Fr. Vivian Ferran, 64 years of age, died in Buenos Aires at around midday on the 31st of August of a heart attack. He was the victim of a long illness and he lived the final years of his life in the Pallottine Community of San Patricio, in the Belgrano neighbourhood.

During his years in the Argentine he worked in the Parishes of San Patricio, in Belgrano; at Our Lady of Pompeya, Castelar, and of Our Lady of the Rosary in Suipacha. He carried his illness in a manner which made him a witness of commitment and of a strong will: he accepted the limitations in his mobility and during the latter years of his time in Suipacha he celebrated Mass in a wheel chair.

He was born in Dungannon, Ireland, on the 5th of August 1953, he made his first Pallottine Consecration on 12th of September 1972. He was ordained to the priesthood on the 11th of June 1977 and he lived all his ministry in our country. He is survived by his mother, Patricia, his brother Declan, and his sisters Odette, Finvolla and Antoniette.

His remains were laid to rest in the Pallottine cemetery of Mercedes.

FR Vivian Ferran spent his entire ministry as a missionary priest in Argentina.

The Tyrone man was first sent out by the Pallottine order 40 years ago and quickly came to love the country, its people and his work.

Intelligent but down to earth, with a love of heavy metal music and a wicked sense of humour, Fr Ferran got on well with everyone he encountered.

He returned regularly to his native Dungannon and was often seen strolling up the street casually dressed in jeans, black leather waistcoat and cowboy boots.

He also continued to follow the fortunes of the county GAA team and his beloved Manchester United, as well as being an ardent supporter of his local Argentine team, Boca Juniors, whose most famous player was Diego Maradona.

However, he considered South America his home and was laid to rest there last week in accordance with his wishes.

Born in 1953, Vivian grew up in ‘the prefabs’ in Ann Street and the Ballygawley Road estate in Dungannon.

He was a bright student at both the Presentation Brothers Primary School and St Patrick’s Academy in the town.

He knew from a young age that he wanted to serve as a priest in the missions and immediately joined the Society of the Catholic Apostolate – known as the Pallottines after their 19th century founder St Vincent Pallotti – in Thurles, Co Tipperary.

He was ordained in 1977 and Argentina was his first and only posting.

Fr Vivian was initially stationed in the parish of Our Lady of the Rosary, Castelar, an expanding town west of Buenos Aires.

There he was extremely popular and worked well with the young people of the area.

He took over the outstation church dedicated to Our Lady of Fatima and built the first stages of the present parish church.

He also was responsible for adding new classrooms to the school and received much-needed financial support for these projects from his family and friends in Dungannon.

From Castelar Fr Vivian moved to St Patrick’s Church, Belgrano in Buenos Aires, as parish priest. He started a scout group and worked in primary education.

He was then appointed parish priest in Suipacha, a large sprawling country parish west of Buenos Aires, and spent 15 very happy and fulfilled years there before returning to St Patrick’s in the capital in 2016.

Fr Vivian died unexpectedly of a heart attack on August 31 in the community house in San Patricio, Belgrano. He was 64.

He was buried in the Pallottine plot in the cemetery at Mercedes.

He is survived by his mother Patricia, brother Declan, sisters Antoinette, Odette and Finvolla and by his extended family in Dungannon and Argentina.

Fr. TJ Moloney SAC (1946-2014) of the Pallottine Community in Wyandotte, Michigan, USA died suddenly today. He is originally from Ina, Co. Clare and, since his ordination in 1973, has served in Tanzania and the USA. May he rest in END_OF_DOCUMENT_TOKEN_TO_BE_REPLACED 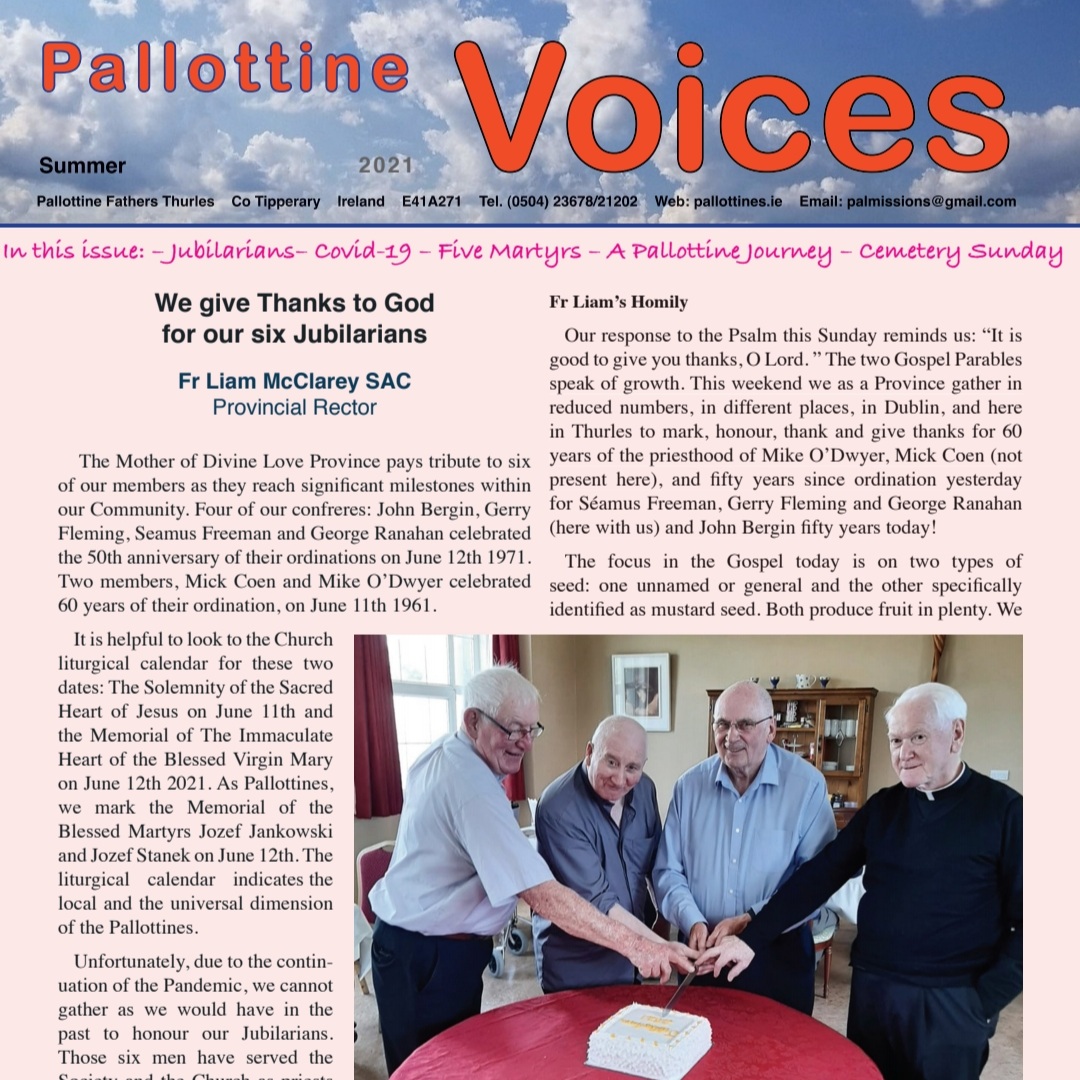